A collabratobe study was conducted invoving five participating sites of OneFlorida to study the association between OUD and several relevant clinical risk factors among individuals receiving at least one opioid prescription. 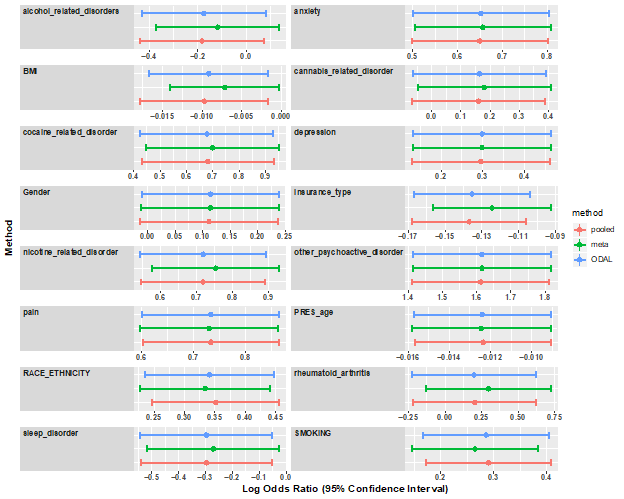 We applied the robust-ODAL method to study the risk factors of acute myocardial infarction (AMI) in a population with pharmaceutically treated major depressive disorder using data from five insurance claims databases from Janssen Research and Development at the Johnson & Johnson. The databases have been converted to the OMOP Common Data Model. 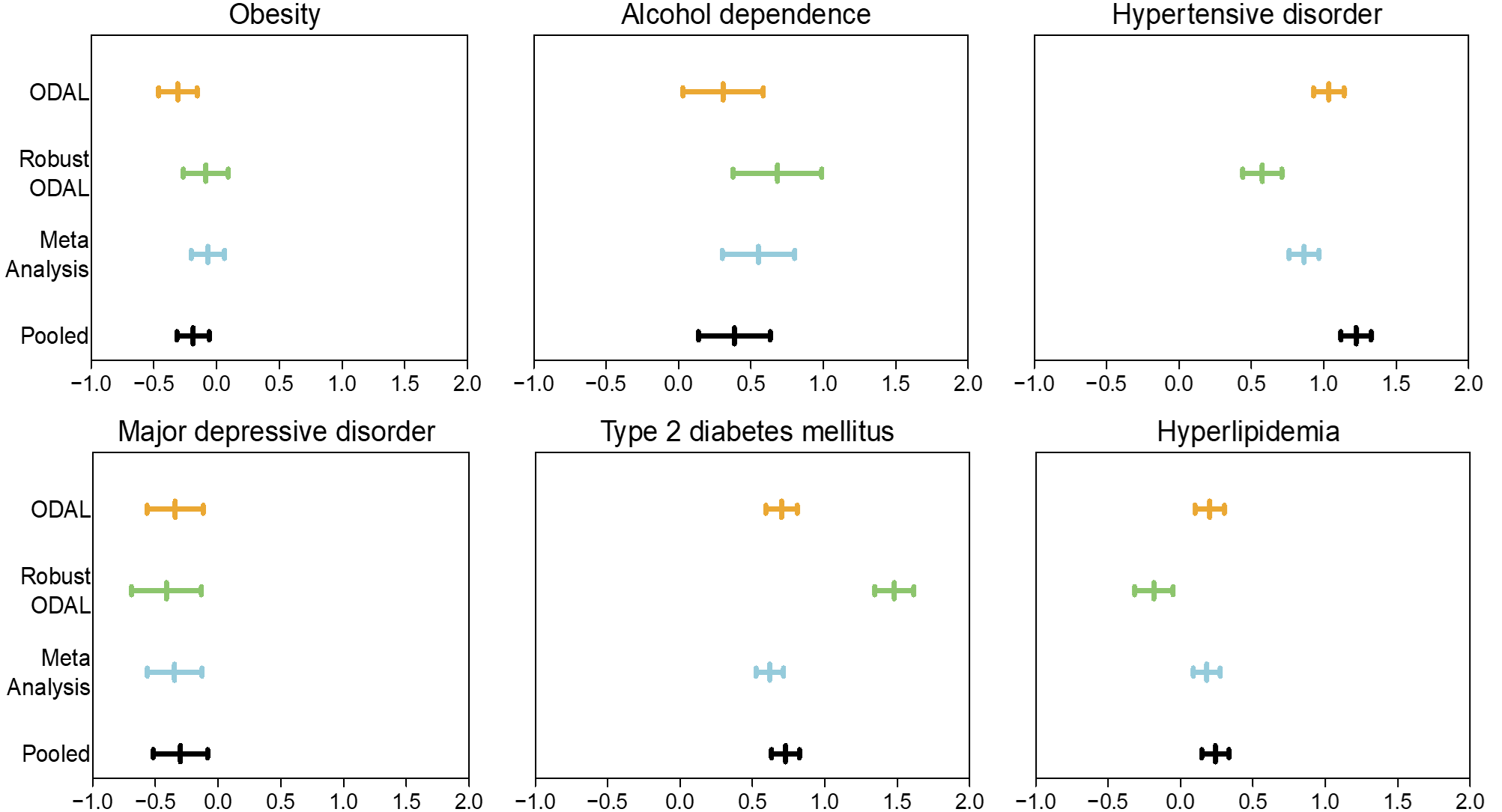 Comparison between the log odds ratio estimates from the ODAL (yellow), robust-ODAL (green), meta-analysis (blue), and pooled analysis (black) with data from OHDSI network for AMI as the outcome and CCAE as the local site.

Data are heterogeneously distributed across the five datasets. As a consequence, it is believed that fitting a joint logistic regression model across all sites might lead to bias as it ignores the difference between the sites. And the estimates from the pooled analysis are possibly biased. Our proposed robust-ODAL algorithm is designed to account for such heterogeneity and as a result, it is shown to have the widest confidence interval, which properly reflects the potential impact of heterogeneity.

We used ODAC to study the risk factors of acute myocardial infarction (AMI) and stroke in a population with pharmacologically treated major depressive disorder using data from four different US insurance claims databases from Janssen Research and Development at the Johnson & Johnson. The databases have been converted to the OMOP Common Data Model. 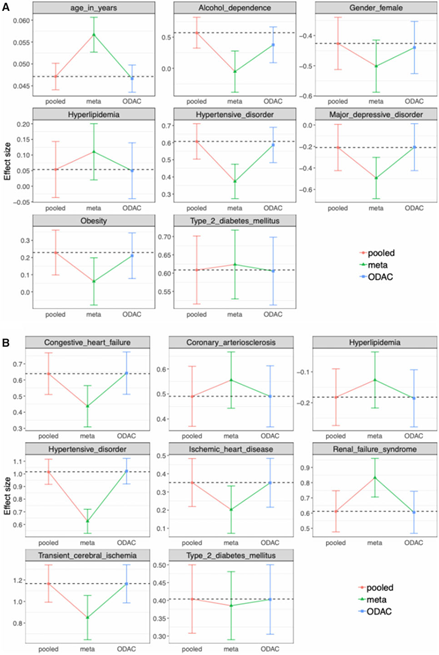 A collabratobe study was conducted invoving five participating sites of OneFlorida to study the associations between ADRD and several clinical risk factors among individuals who were 65 years of age, and had no ADRD diagnosis before 2014/03/01 (i.e., the index date) were considered as “at-risk population” and were included in our analysis. The outcome of interest is the time to the first diagnosis of ADRD.

We identified a set of risk factors from the literature and extracted the factors from patients’ medical records in OneFlorida. All records before the index date (2014/03/01) were taken into consideration in this analysis. Factors such as demographic variables (age, race, gender, and insurance type), vital signs (body mass index [BMI], lipid panel), smoking status, selected clinical diagnoses, and medications were included. Since the laboratory test results (e.g., complete blood count) had high frequencies of missing values (>50% in the total study population), these factors were removed. Besides, the clinical diagnoses that were made in <1% of the total study population were removed to minimize potential bias introduced by the small sample size.

Cox regression model chosen to model the outcome variable and the risk factors. 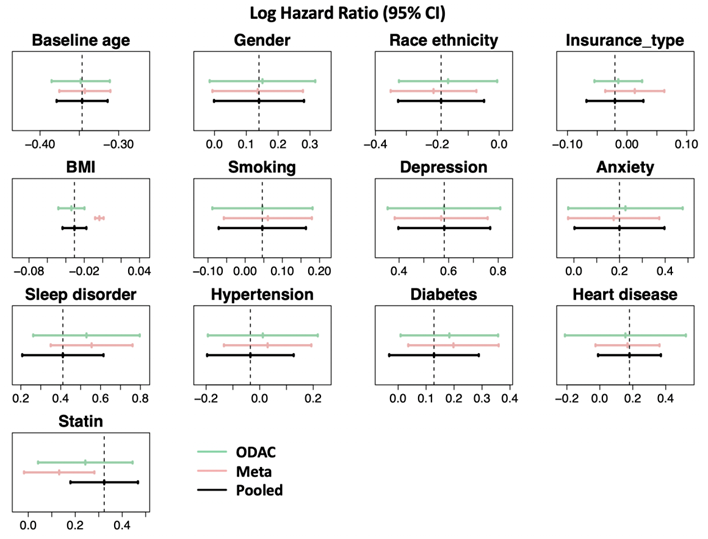 The above figure displays the estimated log hazard ratio and 95% confidence interval for each risk factor using the three methods: ODAC (green), meta-analysis (light pink), and pooled estimate (black). ODAC estimates are closer to the pooled estimates for 11 out of the 13 risk factors we considered in the Cox regression model.